Many rulings were passed at both the state and federal level, which are scheduled to take effect on January 1st, 2018.  In addition we expect several other critical changes in employment laws in the coming year.   These new laws will impact your business, so it is vital for employers to be aware of these changes to be compliant with the new regulations. 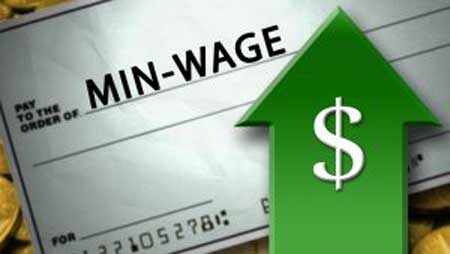 Minimum Wage Increases in Many Areas
Complying with minimum wage laws has become increasingly complicated for employers, especially in states such as California and New York.  While states like Oregon will see an increase in July, 18 other states have upcoming minimum wage increases at the first of the year; Alaska, Arizona, California, Colorado, Florida, Hawaii, Maine, Michigan, Minnesota, Missouri, Montana, New Jersey, New York,  Ohio, Rhode Island, South Dakota, Vermont and Washington.  In addition, 31 cities, counties and municipalities have increases at the beginning of the year.  To further complicate compliance, some increases are specific to industries, size of employers or type of work performed by the employee.  Some states and municipalities allow for tip credits towards the minimum wage and others have exemptions for specific industries.  For state minimum wage information, click here.   For questions pertaining to compliance as it relates to your specific location, please contact a Pinnacle HR Representative.

The NLRB Reinstates the Joint Employer Standard from Prior to 2015
The National Labor Relations Board made a change that could affect thousands of franchises and multi business owners nationwide.

On December 14, 2017 the NLRB announced that two or more entities will be deemed joint employers only if there is proof that one employer has exercised control over essential employment terms of another business entity’s employees.   This is great news for multi business owners, as it may prevent having all of their business entities scrutinized if they receive a claim of unfair labor practices from an employee.

Posting Requirements
Many states have or will have updated posting requirements in the coming year.  We encourage you to check with Pinnacle to make sure your stores are compliant with the latest changes.  Updated posters can be ordered through Pinnacle.  The cost ranges from $19.99, to $29.99 each, depending on the state.

On the Horizon for 2018
As our country still sees the effects of the new administration, there are some decisions for employers to keep a lookout for in 2018:

The U.S. Department of Labor Overtime Regulations
In 2016, a U.S. District Court issued a preliminary injunction against the changes to overtime regulations which would increase the annual salary threshold for exempt positions from $23,660.00 to $47,476.00.  While we do not anticipate that the salary threshold will be increased to $47,476.00, we do expect a modest increase that will be adjusted with inflation.

Repeal and Replace the Affordable Care Act
While the new tax bill has repealed ACA’s individual mandate effective in 2019, all other attempts to repeal the ACA have failed.   However, this does not mean the fight is completely over.   We predict that other aspects of the ACA will be addressed in the coming year through the normal legislative process of committee hearings and amendments.

Because this article does not cover every federal, state and local laws which take effect in 2018, we recommend contacting Pinnacle’s Human Resources department to discuss which laws will apply to your business.